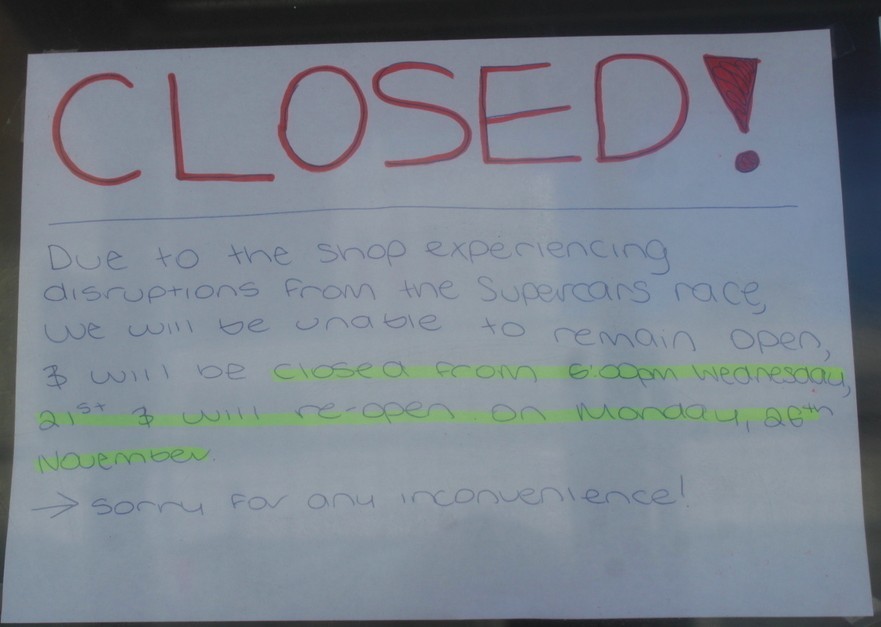 Prior to the first event in November 2017, Newcastle council passed a unanimous motion to:
Engage an independent, expert third party to undertake an evaluation and event impact assessment to assess the social, economic and environmental benefits and costs associated with Newcastle City Council’s support for the Newcastle 500 event
In October the following year, the Hunter Research Foundation (HRF) produced an Evaluation (see our FACTS page) which not only ignored the costs altogether, but greatly inflated the benefits.

Dr Aisbett, a former Professor of Information Systems and founding Head of the Schools of Management and of Information Technology at the University of Newcastle, analysed the assumptions in the HRF Evaluation (see our FACTS page) and found the estimated benefits exceeded the actual benefits by 56% because of the following assumptions:
1. The HRF Evaluation chose a week-end in May as a ‘normal’ week-end and used it to compare the number of visitors to Newcastle for the Supercars weekend. However, the May weekend chosen had abnormally low numbers, due to a cold snap with dangerous surf conditions.
2. The Report ignored the “crowding out” impact on international visitors. Because of access and parking issues, as well as overinflated hotel prices, only 312 overseas visitors came to Newcastle to attend the event, compared with the average daily international count of 5280 who visit outside the Supercars event time. (International visitors are important because they bring ‘new money’ into the country, rather than simply shifting money around the state.)
3. The Report assumed every domestic visitor who paid for accommodation stayed in the Newcastle LGA. It assumed that none stayed in Lake Macquarie or other neighbouring LGAs. This is clearly wrong. Indeed, a major Supercar sponsor offers accommodation packages in Lake Macquarie!
4. In calculating average overnight expenditure, the Evaluation used figures derived from the Hunter Region, rather than Newcastle LGA, despite the Newcastle figures being readily available. This overstated the benefits because 39% of people stayed with family and friends in the Newcastle LGA, compared to 54% staying with friends and family in the Hunter Region.
5. The Report also assumed that every visitor who was in the event space on Sunday, and lived outside the immediate area, stayed that night. This was not true of the event weekend, as extra trains to the Hunter and on the Newcastle Line to Sydney were scheduled for Friday, Saturday and Sunday afternoon and nights, but not for the Monday.

Despite the fact that Newcastle council paid $156,000 to compile the HRF report, including money spent buying access to Telstra and bank data, Dr Aisbett concluded that this was not money well spent, since the Telstra data visitor count applied to the Newcastle-Cooks Hill statistical area. This distorted its analysis of the benefit of the event to the Newcastle LGA – yet figures for the Newcastle LGA were readily and freely available.
We know council decided to use the May week-end and did not pass on any costs to HRF. The question is, to what extent was the HRF and Newcastle Council complicit in using parameters which greatly overstated the benefits, and if so, why? 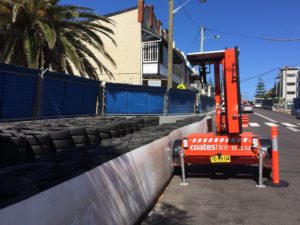 For weeks before and after the event, local businesses and homes are buried behind barriers. 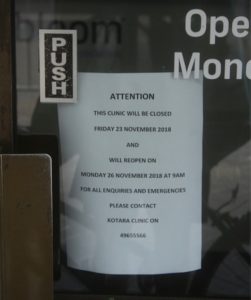 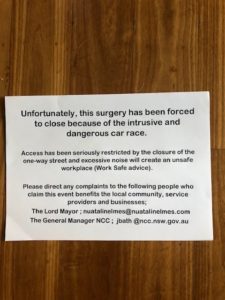 Many local businesses were forced to close before, during and after the event. 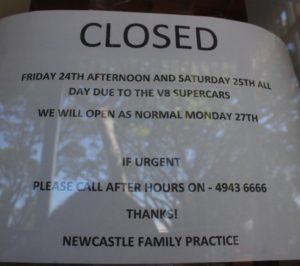 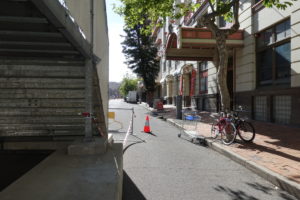 Local businesses rely on local trade and walk-in customers. Before and during the event, the streets were empty and all ‘normal’ business activity ceased.