Many of the historic sites, buildings and precincts of Newcastle have only survived because unsympathetic development plans have failed to go ahead. Residents have always valued the unique characteristics of this iconic peninsula and have struggled throughout history to preserve valuable heritage features from inappropriate development and unsuitable use.

The Importance of the East End to Local, State and National History

Listed as threats to the Heritage Conservation Area are:

The R3 zoning objectives should be considered against heritage conservation objectives, and may need to be investigated in a future study

Increased traffic movements through the Newcastle East HCA reduces the amenity of the HCA.

CoN ignored these identified threats when it approved the Supercars event for this sensitive coastal and heritage precinct.

Local residents have determinedly fought previous threats to the area.

For example, the Northumberland County Plan of 1948-56 would have destroyed Newcastle East just as it destroyed Wickham as a residential community. As shown in the diagram below, this plan envisaged that the railway land in Newcastle East would be cleared for commercial use, surrounded by and interspersed with carparks, and would include a new railway station. Gazetted in 1960, this development zoning remained in force until the 1980s, when the present Foreshore Plan was adopted.

In the 1970s, residents opposed plans for ‘slum clearance’ and the proposal for high-rise apartments and hotels. Following a meeting of the citizens of the historic East End, the Newcastle East Residents Group was formed in 1973. With the backing of Newcastle Trades Hall Council, there began a long-running campaign to ‘save’ the working class character and the late 19th and early 20th century East End townscape. Jean Perrett, Del de Glorion, Joyce Bond and Judith Gatland were active members of NERG in its foundation years.

A turning point in relations between residents and Council came in 1981 when initiated the Newcastle Harbour Landscape and Urban Design Competition. This process resolved many of the planning issues in Newcastle East and brought about the regional Foreshore Park under the leadership of progressive Lord Mayor, Joy Cummings.

Green bans also resulted in Newcastle Council backing down on plans to cut Blackbutt Reserve in half by building a highway through it.

Newcastle’s heritage has been hard to defend. Apathy and lack of interest resulted in the fight often falling to residents and a few passionate historians – the ‘whingeing minority’. 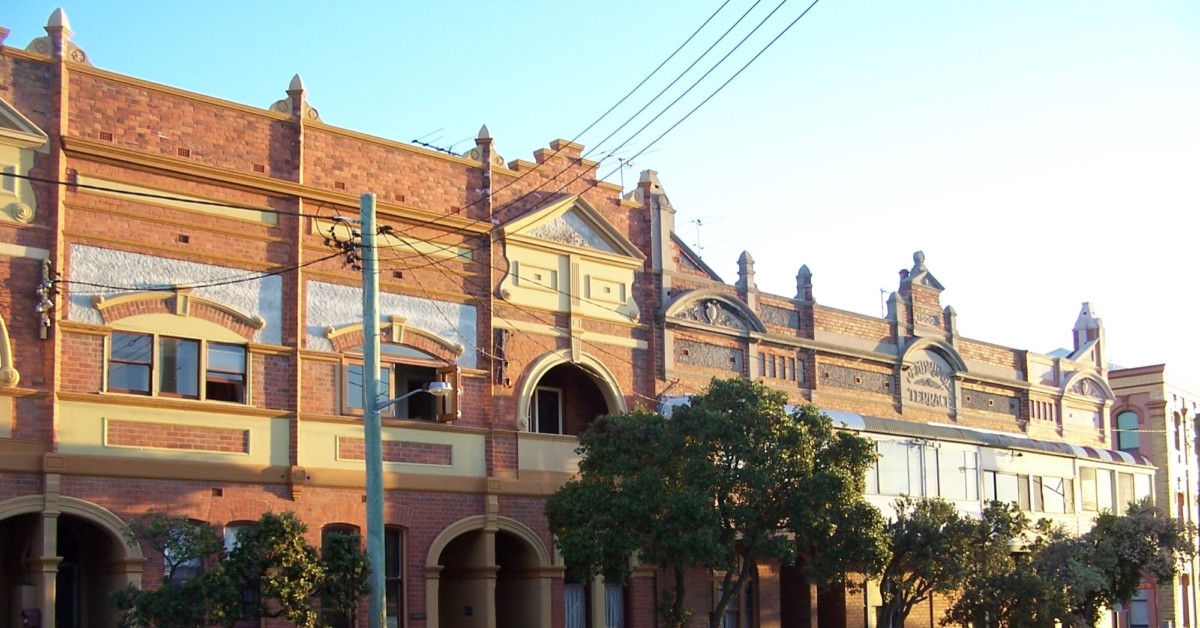 When the appointment of an administrator in 1984 temporarily eliminated the vital democratic link between the Community and Council, some of the old antagonisms began to re-emerge. The disaster of the earthquake was a further untimely blow to the fabric of the city’s heritage. Insurance funds were too often withdrawn for other investments instead of being ploughed back into of old buildings. State and Federal governments were slow to commit funds for restoration. Historic buildings disappeared in the early hours of the morning when no witnesses were around.

Newcastle East Residents Group has remained active since its inception. The group successfully prevented the construction of apartments over Tramway Reserve (the park overlooking Newcastle Baths) and negotiated reductions in the heights of the apartments that were built on the Newcastle Hospital site. Members have long been the guardians of the parks, gardens, beaches, historic buildings and monuments in the East End, volunteering hundreds of hours of time to help preserve, protect and maintain the unique characteristics of the precinct. Socially diverse but united in their love for this part of the city, they remain a cohesive, inclusive and committed group. A social, environmental and historic ethic still drives the group, much as it drove its founders in the 70s.

Today, as in the past, communities are fighting to be heard in council planning decisions. Increasingly, pro-development agendas and Macquarie Street decisions threaten the historic and environmental precincts of the city. Newcastle East Residents Group is as relevant today as it was in the 70s when it began. It continues to fight the exploitation of the peninsula in order to preserve it for generations to come. 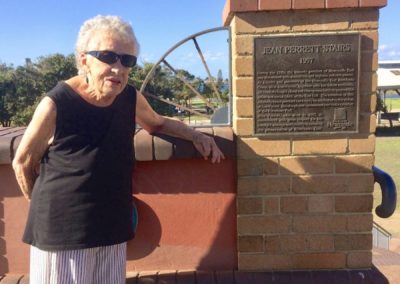 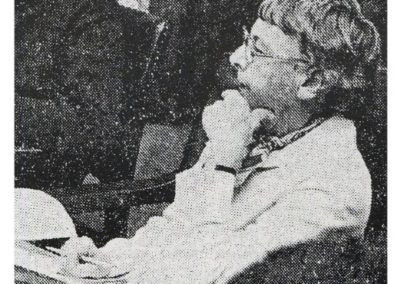 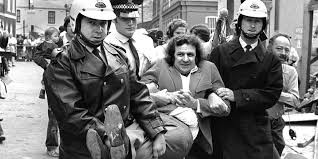 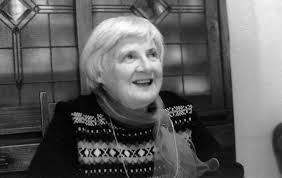 In July 2016, Newcastle Council approved the NSW government’s plan to move the failing Supercars event from Homebush to Newcastle East. They based their decision on newspaper clippings and unverified claims by Destination NSW that the event would bring great benefits to the city. There was no business case, no circuit plans on public display, nor any consultation with those impacted before this decision was made.

Members of NERG were incensed and frustrated by the lack of information regarding what was to happen to their streets and parklands. They were stonewalled whenever they tried to get any details. NERG doggedly pursued this information throughout the year, issuing freedom of information requests to Newcastle Council, Destination NSW, Safework, the NSW Ministry of Health and the NSW Police Force. When Newcastle Council refused their request, NERG pursued them through the court.

As the construction proceeded, people adversely impacted became increasingly distressed as their beloved heritage streets were reshaped and their parklands bulldozed. Access and parking became huge issues, as did round-the-clock noise and months of exposure to the dust and grime. Local businesses experienced an economic downturn as construction issues impacted on their clientele base – and the promised rewards never eventuated.

Those in positions of authority showed little concern for the people of Newcastle East. Residents became the city’s pariahs, whingeing about ‘temporary inconveniences’ and failing to put the interests of the city above their own. All negative impacts were downplayed, if acknowledged at all. Complaints and queries were simply referred on to Supercars. There was no-one exercising adequate oversight over Supercars. The priority for all parties involved was to get the circuit up and running before the first race – no matter what the impact on the local community.

In the early stages, NERG members recognised that no-one in authority was prepared to hold those responsible to account. They realized that they would have to do this themselves. So members set about recording all the details of what unfolded. They asked the Minister for Tourism and Major Events, Destination NSW and Newcastle Council countless questions but got no satisfactory answers. Accordingly, they commissioned their own reports into its impacts.

During the months leading up the 2017 event, technical experts researched the potential impact of noise and produced their own audio report. A group of 80 doctors expressed their concerns about the welfare of residents, many of them aged with mobility problems and a variety of health issues. The doctors’ group alerted the NSW Ministry of Health to the community’s concerns in an attempt to ensure all that could be done to alleviate these problems. And after the event, when council failed to survey the city’s businesses, NERG stepped in and commissioned the damning report showing that rather than making a motza as promised by Destination NSW, the majority of Newcastle businesses experienced an economic downturn.

NERG provided a hub for all this community activity and expertise. With so much information coming in and little interest being shown by the media or authorities, NERG decided to write Wrong Track. The process of writing revealed the broader ramifications of what the community was experiencing. It exposed a pattern of doing government business that has become all too familiar in the state of NSW. NERG hopes readers will be alerted to the challenges this poses to our democratic ideals and how it impacts on the social fabric of other communities who find themselves in similar situations. 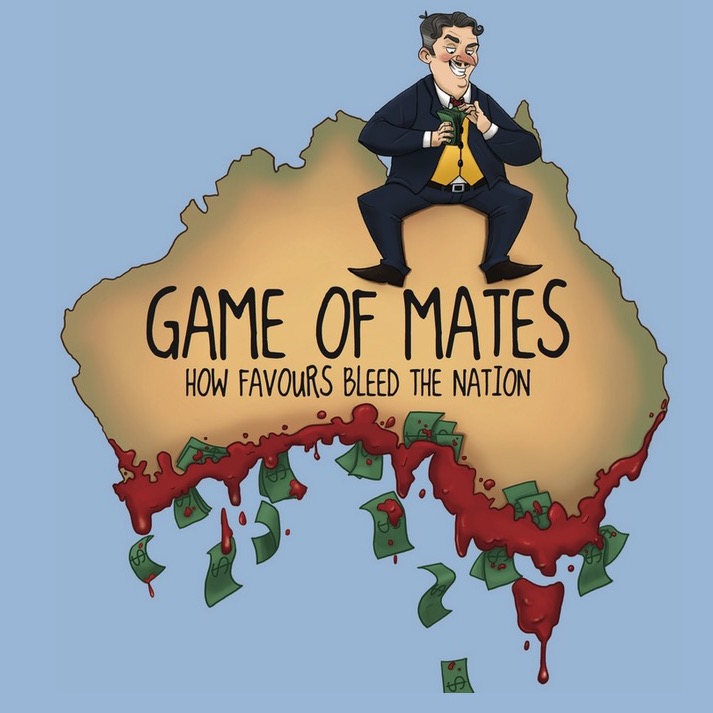