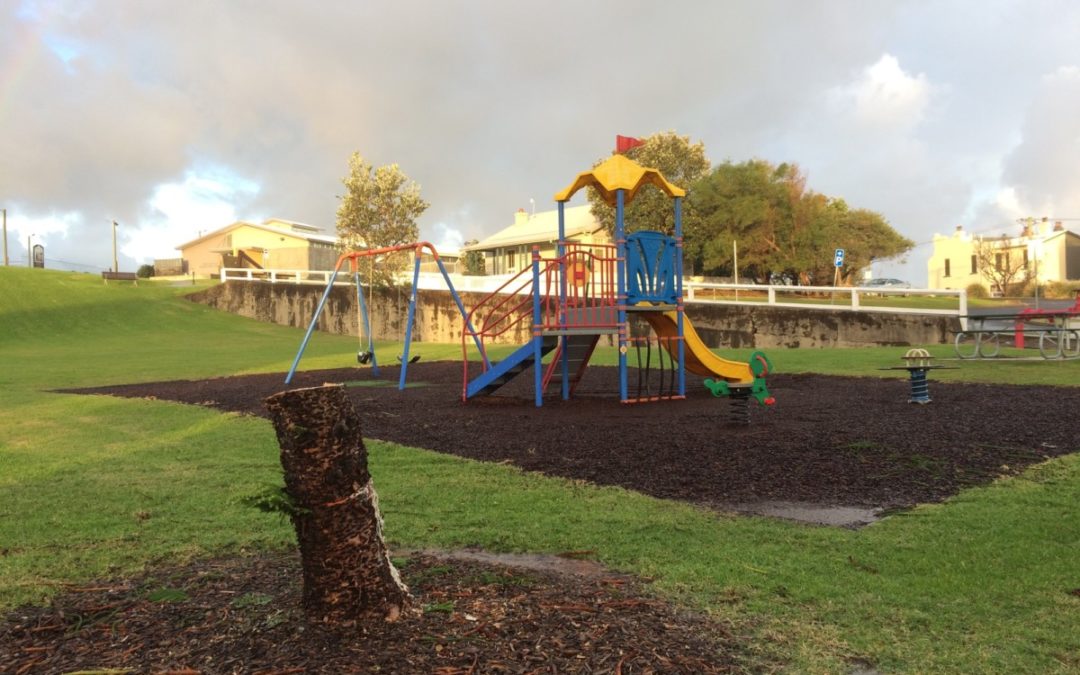 Many residents in the East End wept when witnessing the loss of 235 trees in our parklands and 25 of our street trees. This environmental rampage continued on into 2018, when more of the undergrowth began to disappear, leaving the park like a bowling green with the few remaining trees battling the elements without their protective undergrowth.

Never mind, Supercars and council said, “A tree replacement program for the Newcastle Foreshore precinct aims to create a greener, more usable and more accessible public space for everyone to enjoy.” Well, just how is this greener and more useable public space coming along?

Below are the promises made by Supercars…and the reality as of March 2019.

Council have told us that in the 2019 planting season they are seeking “relevant approval” to plant 14 more trees. NERG assumes this approval must come from Supercars, since according to the Services Deed, council are obliged to carry out:

Maintenance and preparation of all parklands with the Circuit in the 14 days immediately preceding each event, including where reasonably requested by V8SCA the provision of an arborist employed by the Services Provider to review all trees located within parklands within the circuit for safety and the removal of any unhealthy branches on such trees

Supercars are therefore in the position of re-designing our parklands according to the “safety” requirements of the event. Since Supercars needs as much grassland as possible cleared to fit their extensive catering and merchandising outlets, and sufficient space for trucks to bring all these into and out of the park (safely), there is not a lot of parkland in the Foreshore area left for trees to be replanted.

This seems to be the case since council intends to plant these 14 trees around the cliff-line base off Nobbys Rd, that is away from the Foreshore Park itself, and these trees will likely continue the monoculture theme.

Council has tried to reassure NERG that “planting the balance” (i.e. of the promised 130 trees and 100 shrubs consisting of “coastal banksias, native hibiscus and lilly pillies”) will be investigated “in conjunction with” the “Foreshore Master Plan” which also includes “several major parks and open spaces such as Pacific Park, the Convict yard and the surrounding streets”. So it seems they are looking for areas to re-plant away from the spaces needed by Supercars in the Foreshore Park.

Supercars claimed in their FAST FACTS Sheet on the Greener Foreshore, that the trees lost were “in the wrong place” anyway. Being close to the fringes of the park and the roadways, they didn’t provide much useable shade for the public. Yet, here they are, dictating a new design for our Foreshore Park which moves as much tree cover as possible away from picnic spots, towards the fringes where they won’t get in the way of the event.

NERG believes it is because of the needs of this event that the Street Tree Master Plan “did not progress to Council adoption”. Instead, council has developed the “Newcastle Street Tree Selection Manual” – wait for it – “to allow for community engagement in species selection from an extensive list of species known to thrive in the Newcastle region”

As if Newcastle East residents were ever consulted about chain-sawing over 200 trees!